Deborah Conway: Woman on a Mission

Acclaimed Australian singer songwriter Deborah Conway is on a mission. She may be in the throes of a busy touring schedule for latest album The Words of Men – her 10th solo record - but that’s not what is motivating her right now as she chats in the car, on her way to Gippsland.

‘It’s so full on at the moment. In a good way,’ she says breathlessly.  When quizzed on why she and musical partner and husband Willy Zygier are headed on a road trip to the south-east of the state from their inner-city Melbourne home, Conway confesses she has two sick guitars laying on the backseat of her car and there’s only one man she trusts to fix them; a bloke by the name of Jack Spira who recently moved out that way.

‘My guitar was damaged on a flight. It was a rather nasty injury and Willy’s guitar has a DI (direct input) issue, so we have to get them seen to.’

Driving some four hours out of Melbourne in the name of mending a musical instrument would probably be deemed a hassle for many artists, who would maybe opt for an easier and closer locale but it is this precise motivation which has always set Deborah Conway apart from her peers. 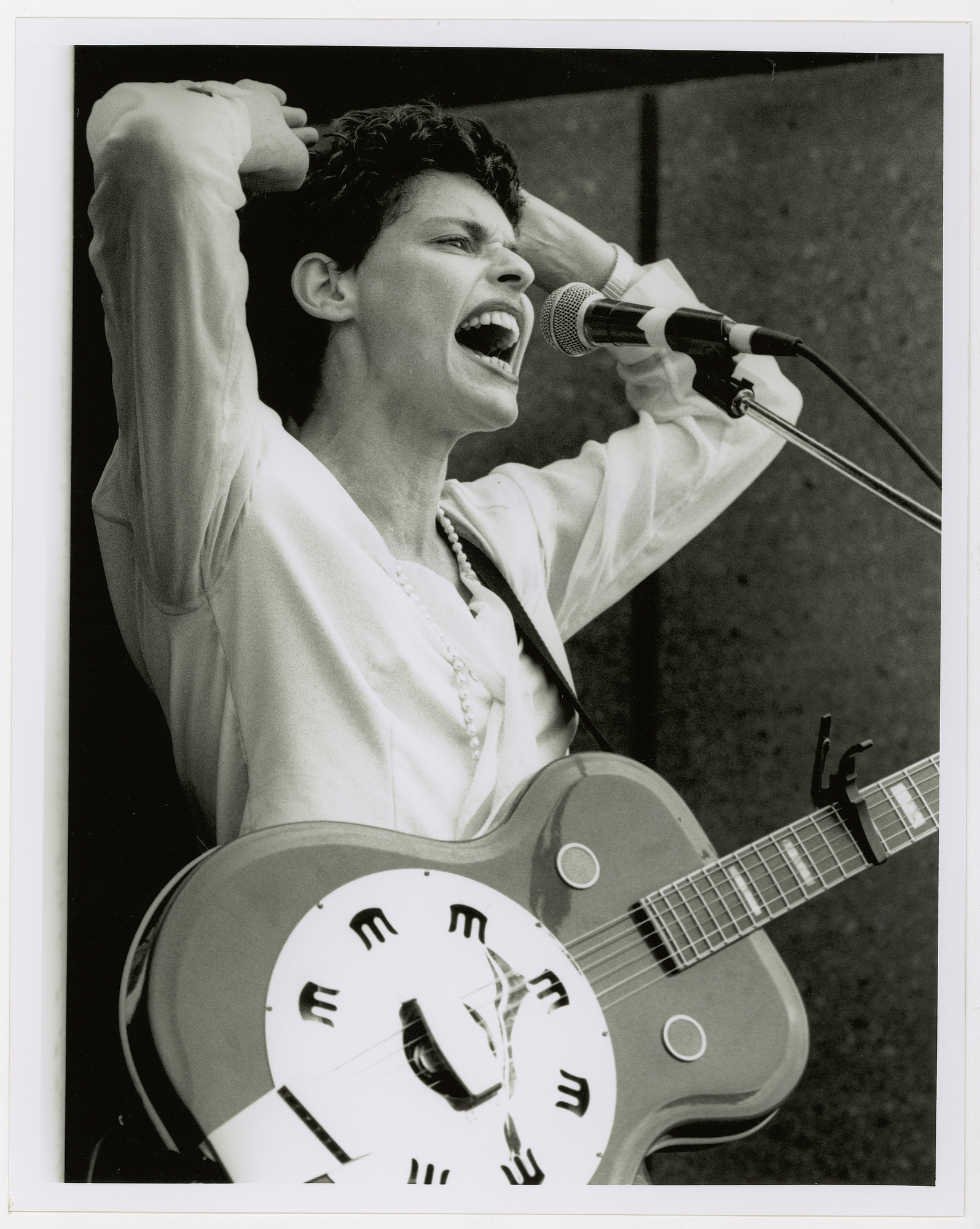 In 1991, Conway famously sported tartan golf pants in the music video to her breakthrough single 'It’s Only The Beginning', when her record company were advising her to ‘sexy herself up in a far more glamorous light’. However, Conway’s steadfastness back then has served her well today, as the video has surprisingly withstood the test of time, unlike many of the more ‘fashion heavy’ clips of the era.

She believes this resilience stems back from her modelling days before she joined rock band Do Re Mi in 1981. ‘I never really liked working for anybody,’ she admits matter-of-factly, ‘And I didn’t like being told I had to shave my armpits and use a hairbrush. And I’d get into trouble for that.’

Her former record company boss, Michael Gudinski once said he believed Deborah downplayed her beauty to be taken seriously. ‘But with the words and the moods she brought to music, I think she was way ahead of her time.’

Deborah Conway was born and raised in Melbourne and grew up on a musical diet of Joni Mitchell and Simon & Garfunkel which ultimately helped her shape her vocals and storytelling skills.  Her voice arguably fits a uniquely Australian sound much like her peers Paul Kelly, Chrissy Amphlett and Shane Howard. Conway ponders that statement for a while.

‘I guess when I think of an Australian sound, I think of AC/DC, Skyhooks, Billy Thorpe and Russell Morris. There’s a roughness and very raw quality to it. It’s not sleazy or beautiful and it’s not polished. But it’s very potent. I just heard Jimmy Barnes’ new record and it’s a very Australian sounding record. I mean Cold Chisel do sound uniquely Australian. Jimmy’s voice has that quality – not a particularly musical voice but it’s a very strong and powerful voice. And I guess I think of it like that.’

This year marks the 25th anniversary of Conway’s highest charting album to date, Bitch Epic, which peaked at No. 18 on the ARIA charts in 1993. Conway is celebrating by performing the album live on tour along with current album The Words of Men.

She has even lent the Australian Music Vault her handwritten lyrics for the song, ‘Alive and Brilliant’ and the poster for the Bitch Epic album to coincide with the tour. It features Conway covered in Nutella.

‘That’s a great image,’ she agrees before confessing the photograph was never intended for the album cover. ‘It was a photo shoot based around the seven deadly sins for a TV show on the ABC back then. I had a minor role in the show and contributed to the soundtrack so one of the glossy magazines decided to do a shoot based on sins. Mine was gluttony.’

Conway loved the photograph so much, she broke with Jewish tradition and sent it out to all her friends as a Christmas card. One of them ended up on the desk of Mushroom’s art director Pierre Baroni and when he heard the album’s title he got straight to work refashioning it for the front cover.  Conway says it was a match made in heaven and unsurprisingly, the artwork won an ARIA award. Conway also agrees the strong, feminine but cheeky image still resonates. It came out in a decade where women were really finding their inner voices (see Courtney Love, Bikini Kill, PJ Harvey) and the image has maintained that unwavering solidity some 26 years later.

Conway has always been about reinvention. When not songwriting and making music with her husband Willy Zygier she has acted, produced festivals such as the Jewish music celebration Shir Madness and Broad, directed the Queensland Music Festival and raised three daughters (her youngest is 19) along the way. ‘That was pretty creative,’ she laughs, when talking about motherhood, ‘They talk a lot! There’s a saying, “Little kids, little problems; big kids – big problems”. I understand what that means now.’

Those ‘big problems’ include the influence of social media and the anxiety attached to it in terms of raising her daughters, ‘It’s just awful’ she admits, ‘I mean, who cares what other people think, really. Who cares, that’s what I keep telling them.’ 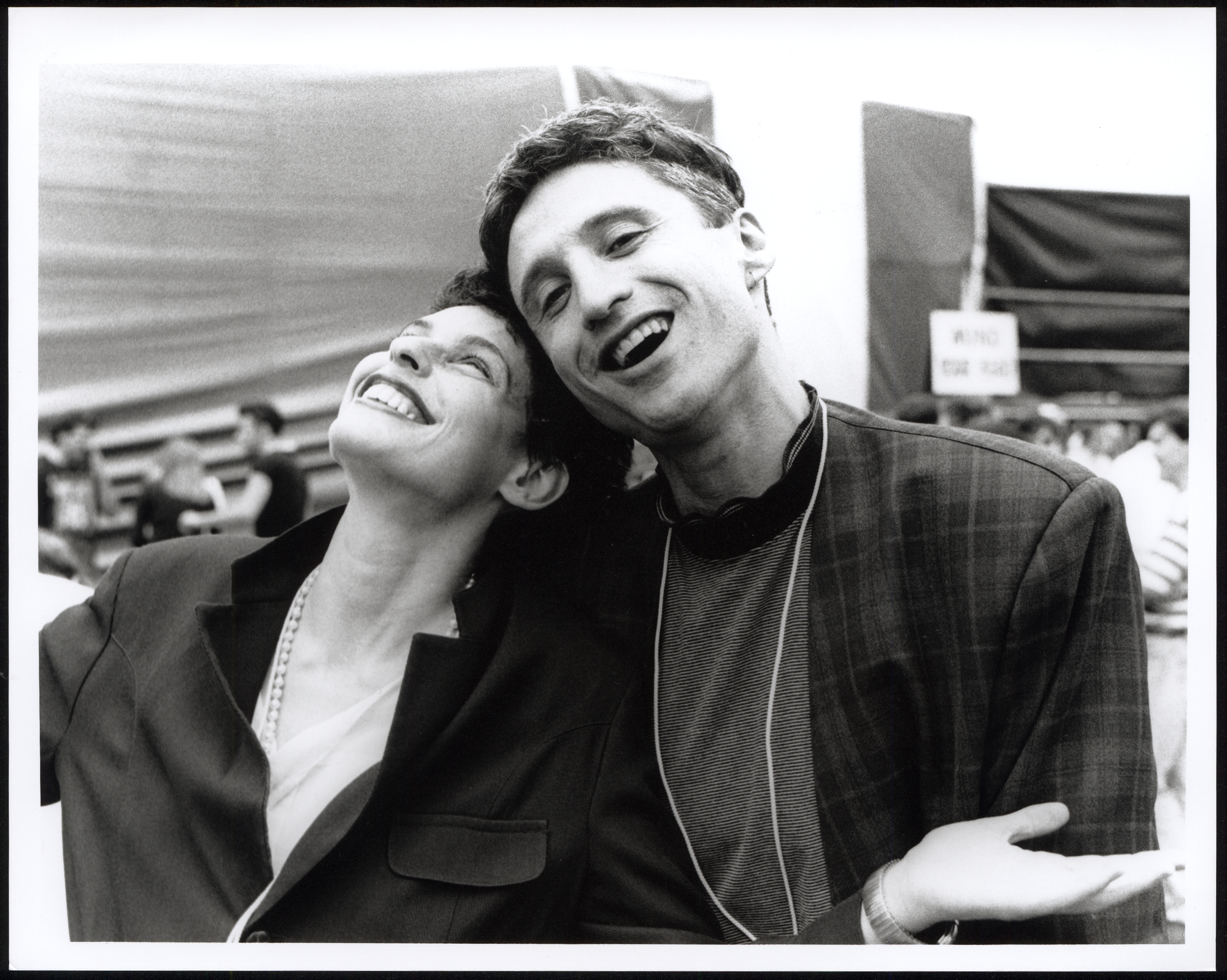 But children aside, one of Conway’s career highlights has been the creation of an idea called ‘House Parties’, whereby anyone can book Conway and Zygier to perform in the comfort of their backyard or lounge room.  ‘It’s completely changed the way people consume live music in a way,’ she says of the project which began in 2004. Fast forward 15 years later and there are now legitimate businesses offering the same services with an array of local and high profile artists. For Conway, the seed of the idea came through needing a good marketing idea for her then sixth album Summertown, released independently.

‘I was wondering how you get into people’s living rooms when radio won’t play you.  I mean, back then, you’d put a record out, get the single out to radio, hope they play it and go on tour. They were your options. There really was nothing else.’

Conway put the idea to Zieger. ‘I said, why don’t we just walk into people’s living rooms?’ ‘And it became so much more than a marketing idea because when you don’t have a record company, you don’t have to buy the product from them at a higher, inflated price. You can just take your product and sell it directly to fans.’ It’s a model of performing she still enjoys today.

Willy Zygier has played an important part in Conway’s musical evolution. To date, she admits their nearly 30 year personal and professional partnership is simply down to the fact they really like each other.

‘We’re not afraid to criticise and it’s important to be critical because that’s the only way the work gets better. It’s hard to do that if you’re not in an intimate relationship. You have to be really careful about it. You have to know your boundaries. We’re way beyond that and we very rarely fight. Plus he’s learnt to ignore my explosions!’

There’s a sense Conway relies on Zygier’s patience and ability to maintain his cool, calm composure when all else fails. For a showbiz union, it’s an admirable quality. In revisiting the album Bitch Epic for its 25th anniversary, Conway is also aware she is celebrating another couple milestone, as it was the first album the duo worked on creatively. Conway will bring all that emotion and jubilation to the fore when she performs with Zygier at one of her favourite live venues, Hamer Hall at Arts Centre Melbourne on June 16.

‘It’s really a beautiful and iconic place to play. It has really been part of some significant moments in time for a lot of performers.’

In the meantime though, it’s off to get her beloved guitar fixed before that show. ‘If I don’t get it fixed I can’t play it.’  She’s woman on a mission.

Voice of an era - Tina Arena